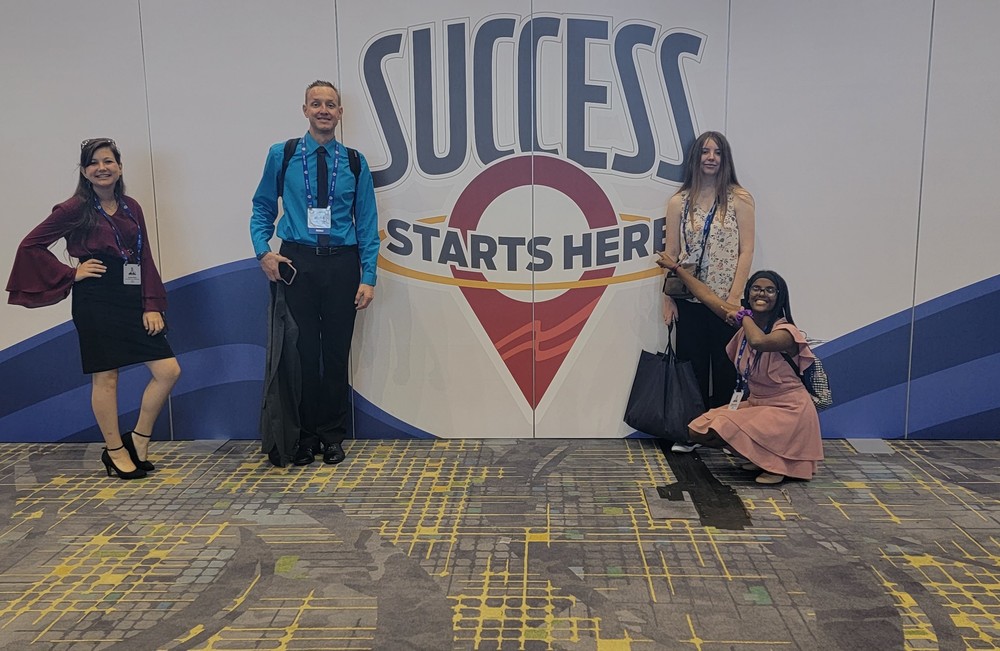 Chicago, Ill. -- Makeda Armfield, Isabella Collins and Averi Woods, were competitors at the Future Business Leaders of America, National Leadership Conference, June 29 - July 2 in Chicago, Ill. at the sprawling McCormick Place. For the first time since the summer of 2019, the career and technical student organization was able to host their national event in person. The three Aurora Junior High FBLA Middle Level members were eligible to compete due to their Missouri State Leadership Conference results. An awards ceremony was held Friday, July 1 to determine if they were among the top-10 in their events from classmates nationwide, as well as international students. Armfield narrowly missed a finals performance in Exploring Business Issues. Taking objective tests, Collins and Woods each garnered sixth place in Running an Effective Meeting and Career Exploration, respectively. The two incoming freshmen to Aurora High School this fall and Armfield, an eighth grader to be, networked with FBLA national and state cabinet members, set goals in preparation for events they will participate in during the 2022-23 academic year for FBLA District 5 competition, with a drive to advance to the 2023 FBLA NLC June 27-30 in Atlanta, Ga.